This solution design document aims to provide details for the Bulk Operations module implementation that will be used as a basis for further Bulk Edit & Bulk Delete features.

Bulk Operations (Edit/Delete) will be a complex application to modify and delete different entities in bulks.

During bulk edit users should be able to identify records based on a list of submitted identifiers or by building a query and have the ability to change one or more properties for each record.  The supported updates include changing and removing existing and adding new values. The bulk edit functionality includes also bulk deletion.  Bulk adding of new records is currently out of scope for this feature.

Before any changes are committed, users should be able to review them, confirm them and then commit them. If an error occurs during committing the changes, the user will be informed about it.  The logs should be available for the user so that the y can be addressed in the future.

The bulk edit functionality should support expert users who are familiar with FOLIO data structure and are aware of the impact of the bulk edit operation (CSV approach) but also need to provide a way to a limited impact bulk edit that could be done by less technically savvy users (in-app approach).  In the initial implementation the in-app approach should take precedence.

The implementation should consider large data (in millions of records)  that will need to be processed.  Multiple concurrent bulk edits will need to be supported.  Also, support for multitenant environments and horizontal scaling is required.

The same behavior is expected from special APIs that should be used for update operations (e.g. changing the due date).  It is expected from the API provider (a back-end module) to correctly handle "outdated" requests.

For this application, a new concept is defined - the Bulk Operation Record. It represents the context used to execute a particular bulk operation and allows users to track their operations, pause those, and resume as needed. Also, it allows for the recovery of a bulk operation in the case of failure.

This new type of entity (Bulk Operation Record) will be encapsulated and handled in the new module dedicated to Bulk Operation functionality.

In general, the Bulk Operation consists of several steps:

Below are the diagrams that represent the general flow of the Bulk Operation. 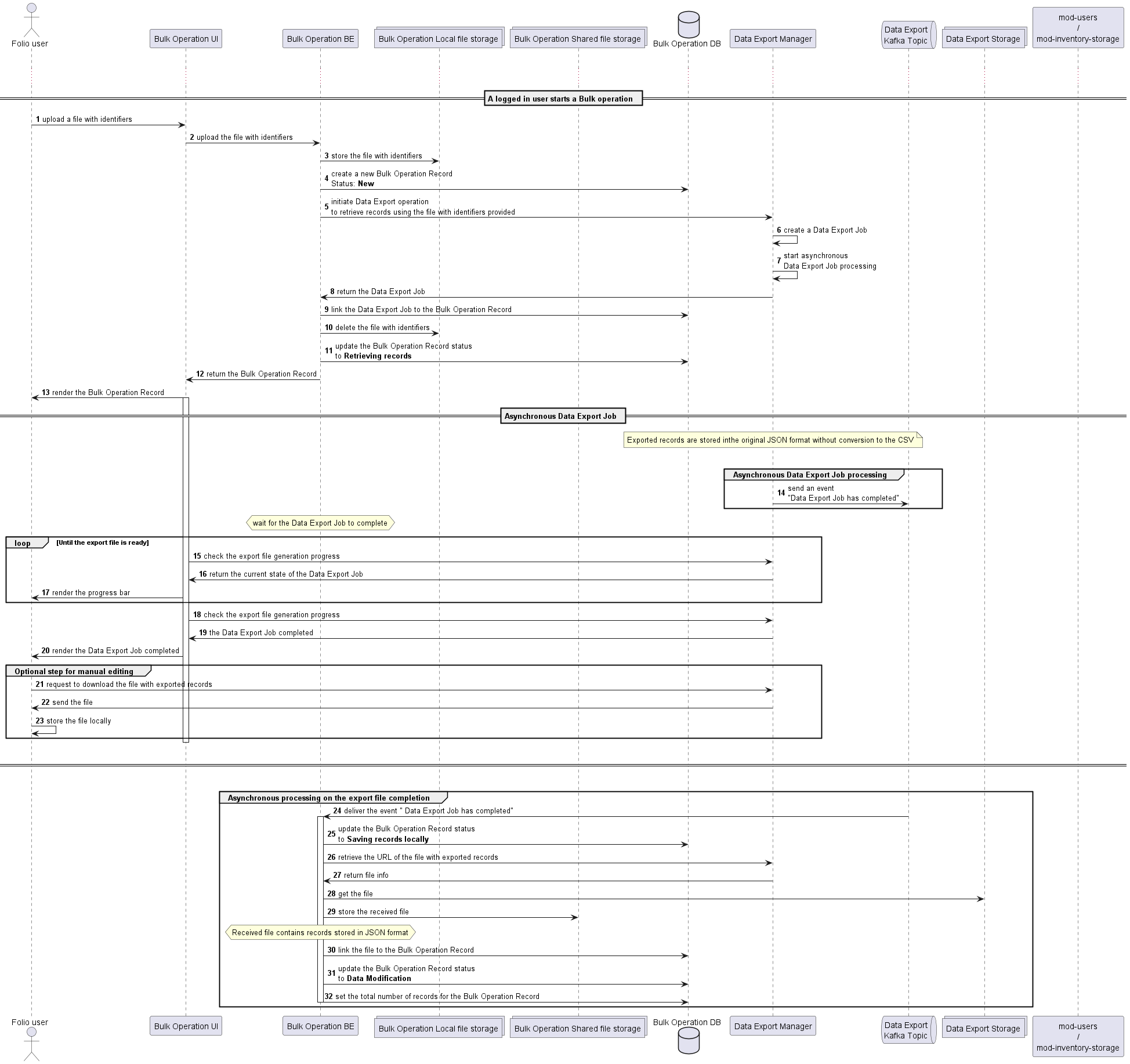 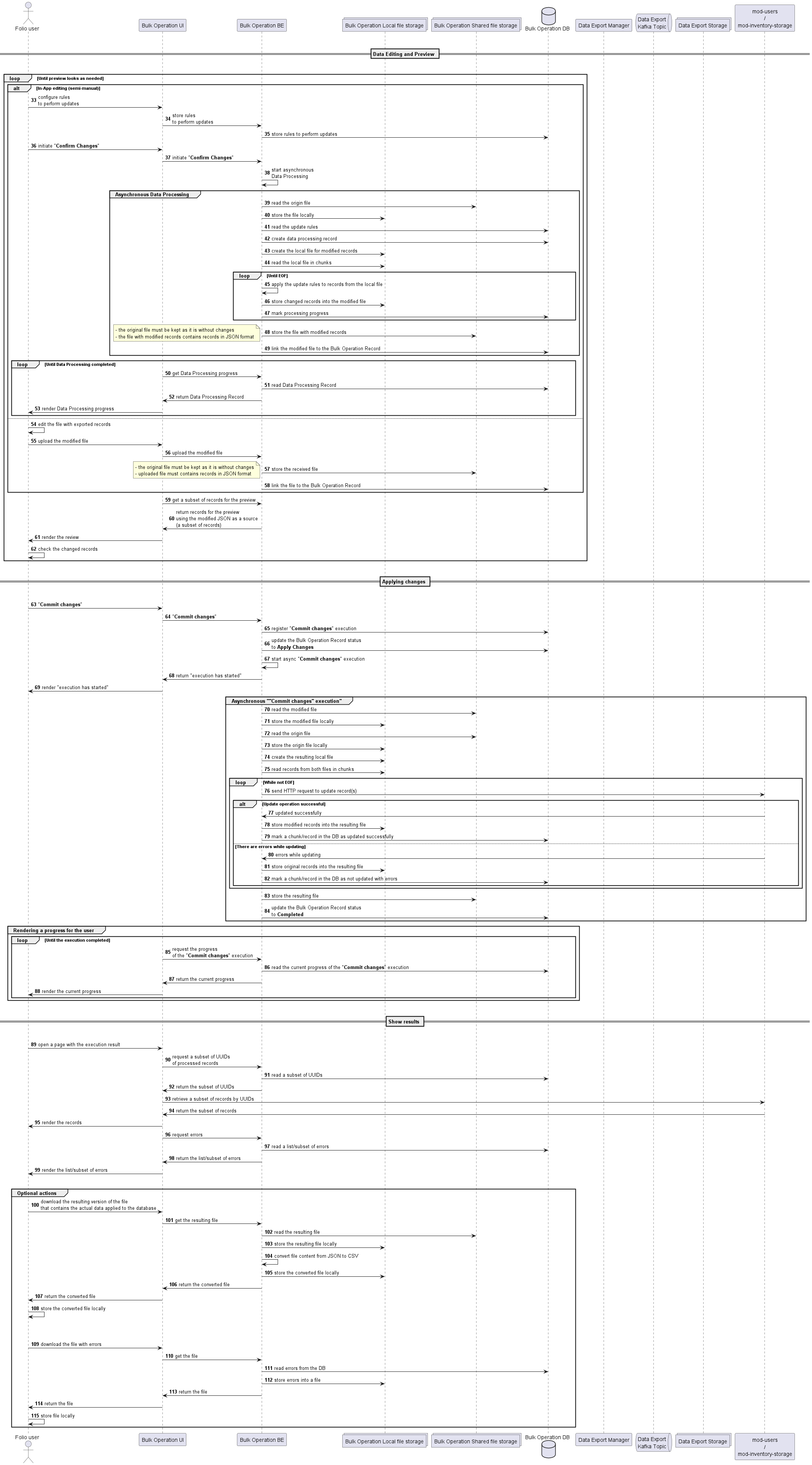 This ER diagram represents the data model for the new module. 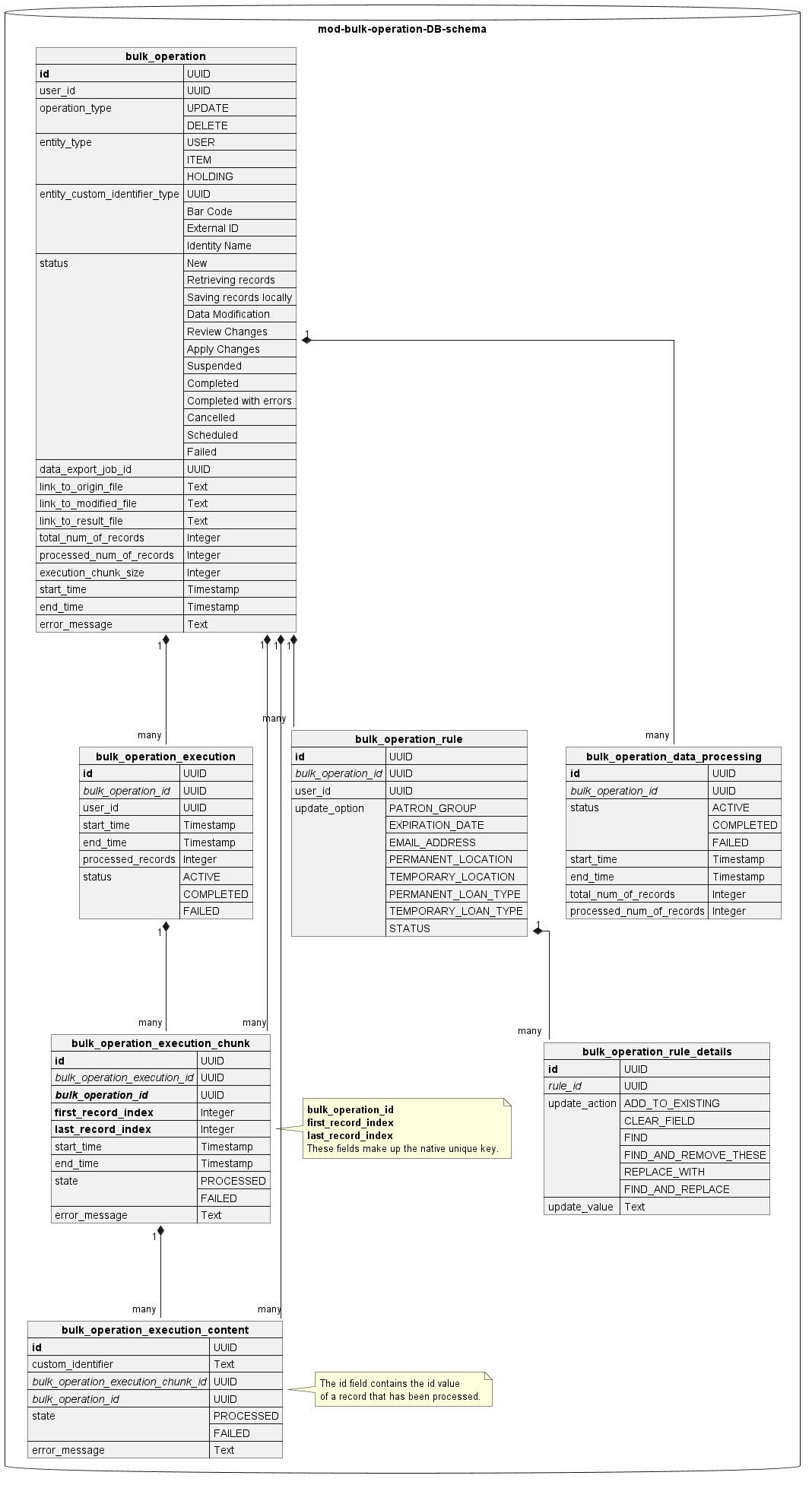 This component diagram represents the basic high-level structure for the new back-end module. 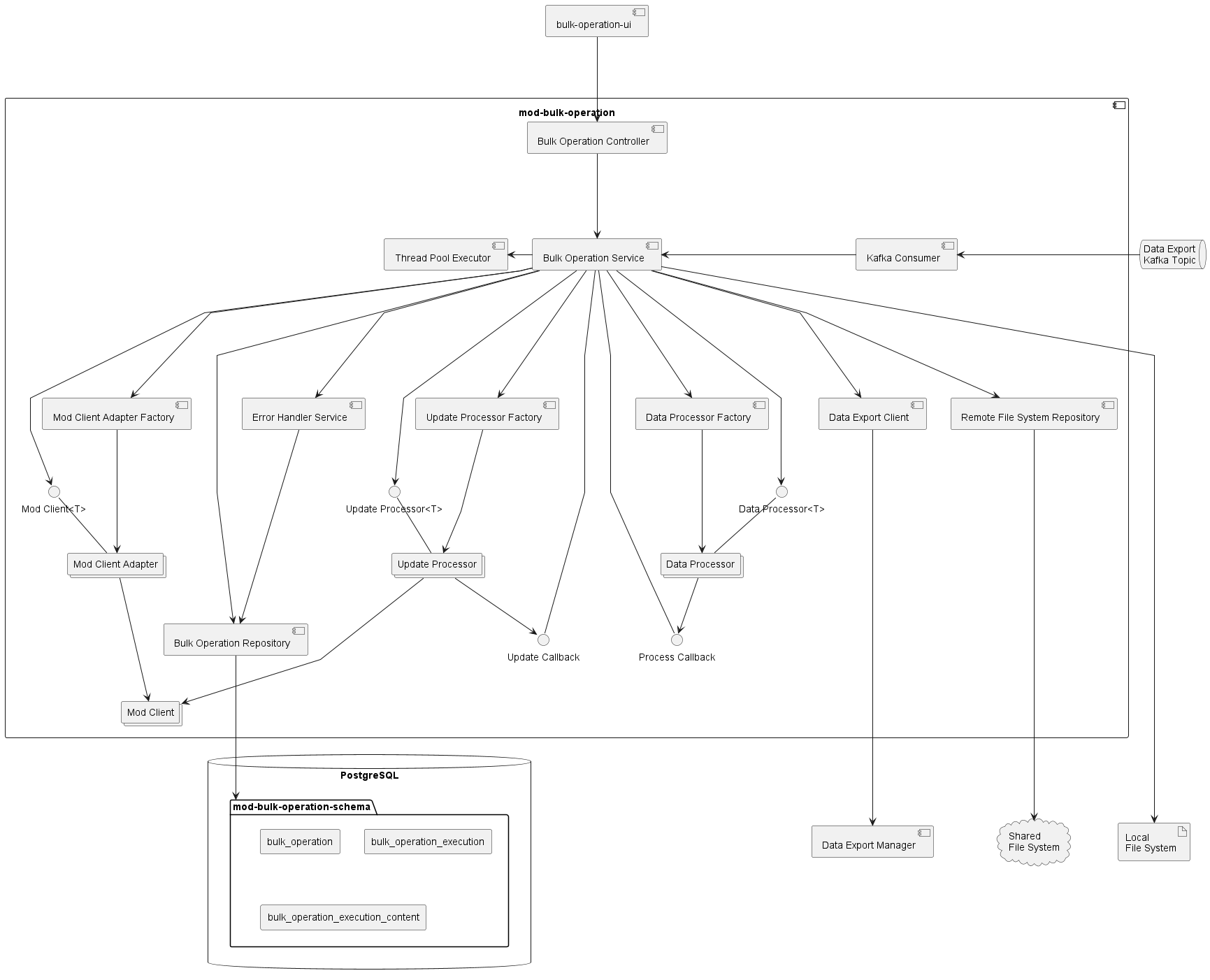 Below is the class diagram that represents the data structures used for that. 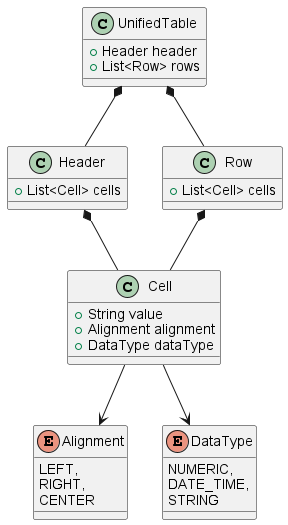 It makes sense to consider the usage of Query tool data structure to represent the results and preview to users.