Results of the testing investigation issued by  FOLIO-1397 - Getting issue details... STATUS :

Both have their benefits. There are more Nightmare tests because that was the first testing tool selected. However, tests written for Nightmare have been integration tests (requiring a live backend), whereas the test written for BigTest have been unit tests. The FOLIO is looking to make BigTest standard across all UI modules.

Here is a good starting point to get acquaintance with BigTest and its principles.

To run tests use yarn test command in the terminal in the project root folder. This command refers to the npm script in the package.json.

This command would produce the following output in the terminal:

To run tests with coverage change the command to look like below:

This would produce the additional output to the previous command in the terminal:

Additionally the coverage folder would be created in the project root. 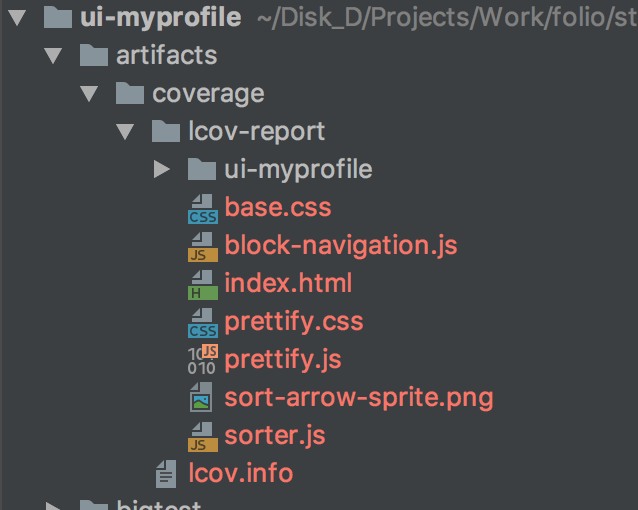 index.html file in the lcov-report folder can be opened in the browser and this would allow examining the code coverage in details for the certain files and areas which should be improved. 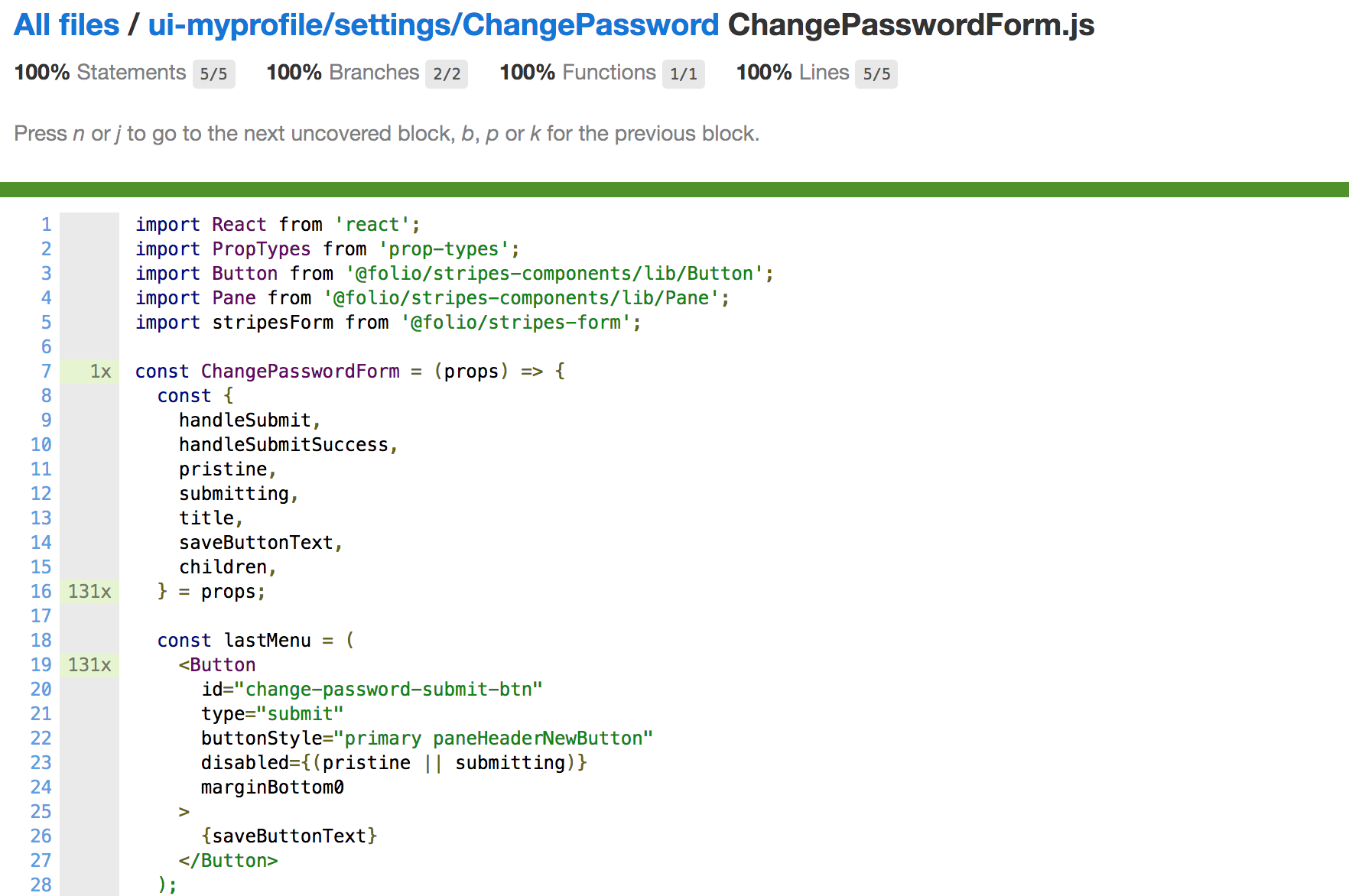 ui-eholdings repo uses BigTest for E2E tests. Inside it, there is a flow which sets up the entire Folio application with mirage for mocking backend, mounts it, and tears it down. For this purpose, the setupApplication helper is used from the bigtest/helpers directory. Use this helper for end-to-end acceptance testing instead of the normal describe. The actual tests should sit inside the bigtest/tests directory.

Overall the folder structure for the testing and files to configure it should be the following: