The proposal aims to avoid breaking compatibility changes and to minimize the need for adaption of business logic in other components that operates on Item data, most notably Circulation and to some extend ui-inventory and Inventory search. It does that at the cost of introducing a certain element of redundancy.

The current model does not account for the bound-with scenario where you still want one unit of circulation but want to describe it in multiple meta data records (Instances) because the bound-with is a compilation of multiple distinct pieces of work. 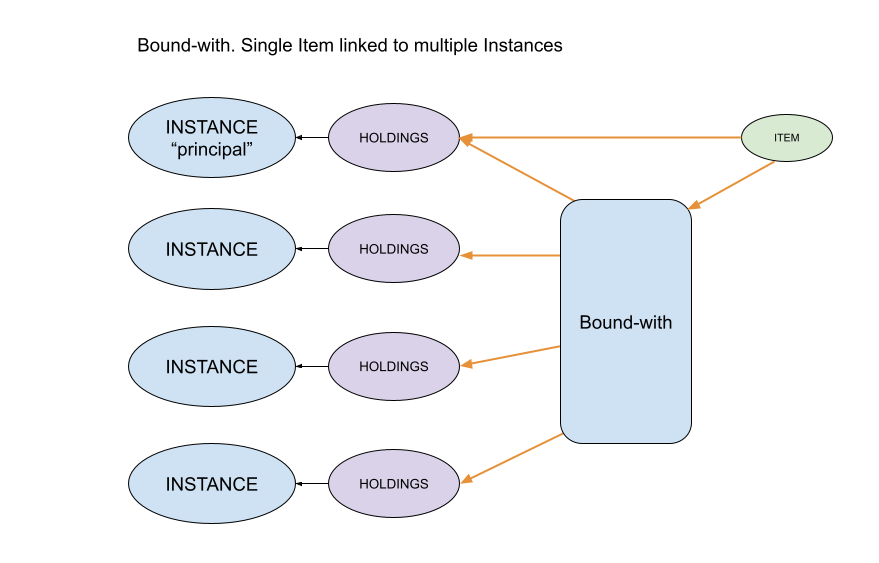 The proposed model suggests to retain the model of one item being linked to one holdings record, being linked to one instance – all currently enforced by database level constraints – and the Item of this relation will continue to be the unit of circulation.

The redundancy mentioned comes from the fact that one of the holdings records are linked to the Item in two ways as illustrated in the diagram. 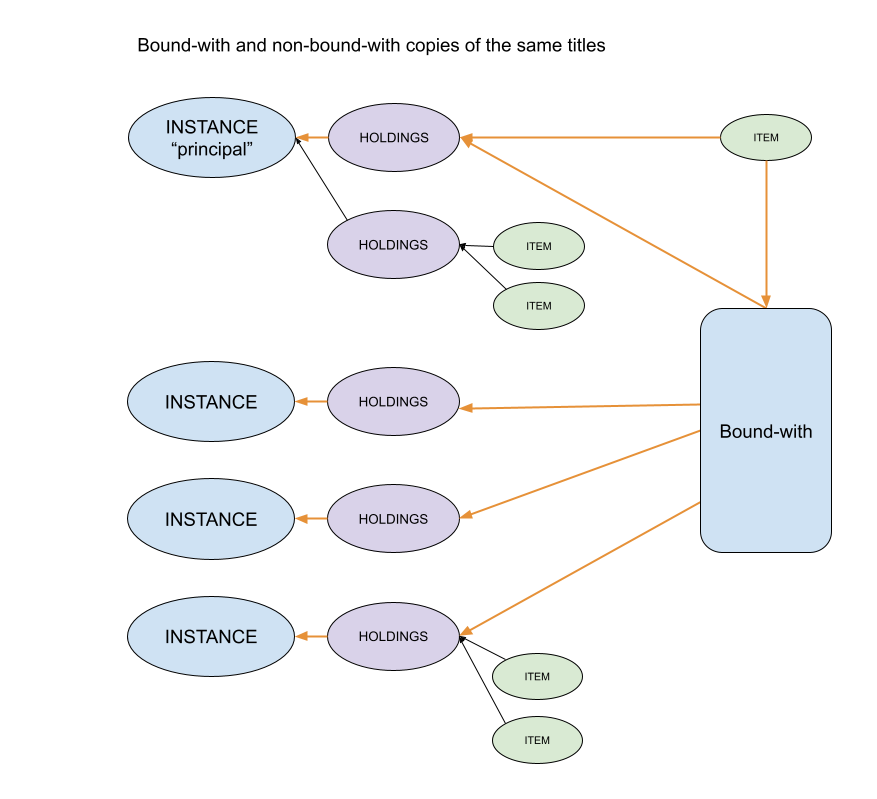 What stays the same

The unit of circulation is still the one item.

The Item will still be directly linked to one holdings records by its mandatory Item.holdingsRecordId property.

The barcode will still exist on this Item and only on that.

A UI Inventory search of Instances by barcode will thus still hit that one item and bring up the principal Instance.

In other places where the bound-with item occurs – for example in checkout – the title should similarly be presented with those indications that it is a bound-with.

What could also change

The Instance would be known to be part of a bound-with if it has a holdings record that appears in the new bound-with table. However, it is non-trivial for a client, specifically for ui-inventory, to resolve this per Instance, so the suggestion is to have the business logic back-end module, mod-inventory perform that look-up whether for a single Instance look-up or across  an entire result set of Instances, before returning the Instance responses to the client. For the client the bound-with indicator would appear as a boolean property  "isBoundWith": true.

Edge case. A given holdings has multiple bound-with copies.

Inventory storage allows for this model – by allowing that multiple bound-with items can exist through a relationship with one and the same holdings-record. 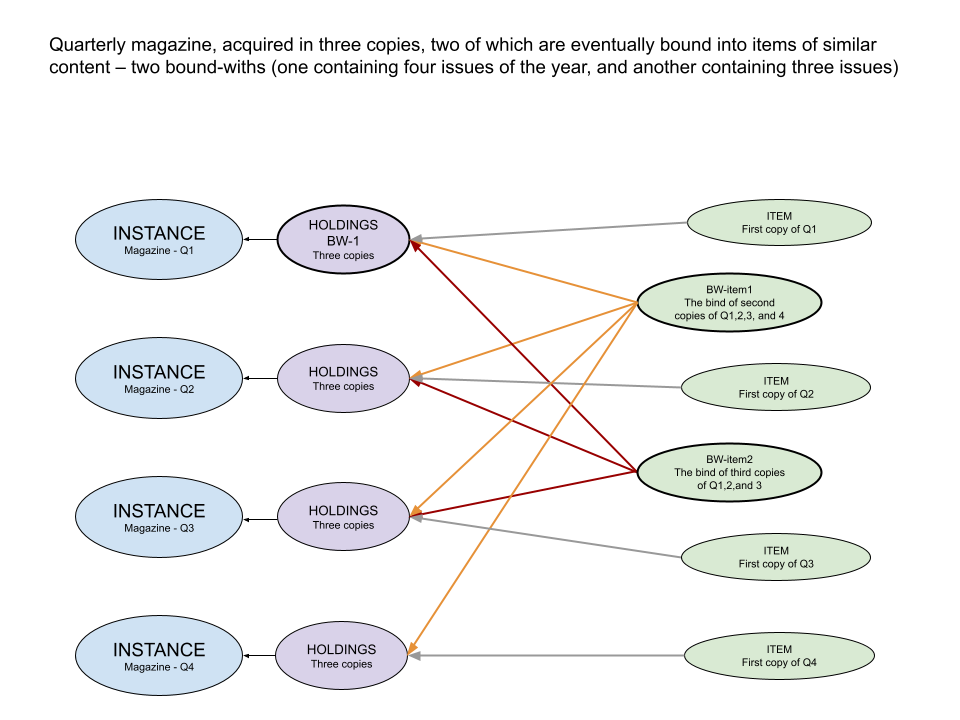