Cate Boerema followed up on a couple of outstanding questions from last week:

a) Loan Policy Metadata. re. Loan. Closed library due date. Off set. To configure when something comes due - at the beginning of a day, or at the end of a day. Especially relevant for 24-hours open libraries. This is a one time setting feature, and we'll take it out of this form (see: wire frame)

b) Renewals. Looking at Alma's documentation. We'll get some more UX design on, how this would look in FOLIO. David Bottorff (uChicago) showed how renewal looks in Kuali-OLE. David showed: Patron Details screen, and highlighted, that barcodes were hyperlinked. The table capture the renewal history, but doesn't capture the failed renewals. The shown screen dumps from Kuali-OLE will be uploaded to Google drive: Resource_Access_SIG. Cheryl Malmborg mentioned that an existing bug in Kuali-OLE on how to set a date, would be solved by setting a date rule in Drupal. All agreed that Alma's loan history record looked very useful. next step will be to put up some mock ups on the renewal process in FOLIO.

Shelving locations. Cate showed a straw man on Locations.
In Kuali-OLE they ended up having a 5 layer structure, even though in e.g. uChicago they only use 3 layers. Andrea explained: at Duke e.g. the Medical Centered library, have two collections. Some universities may have more campuses, e.g. Indiana University. All agreed that more than 3 layers would be needed. 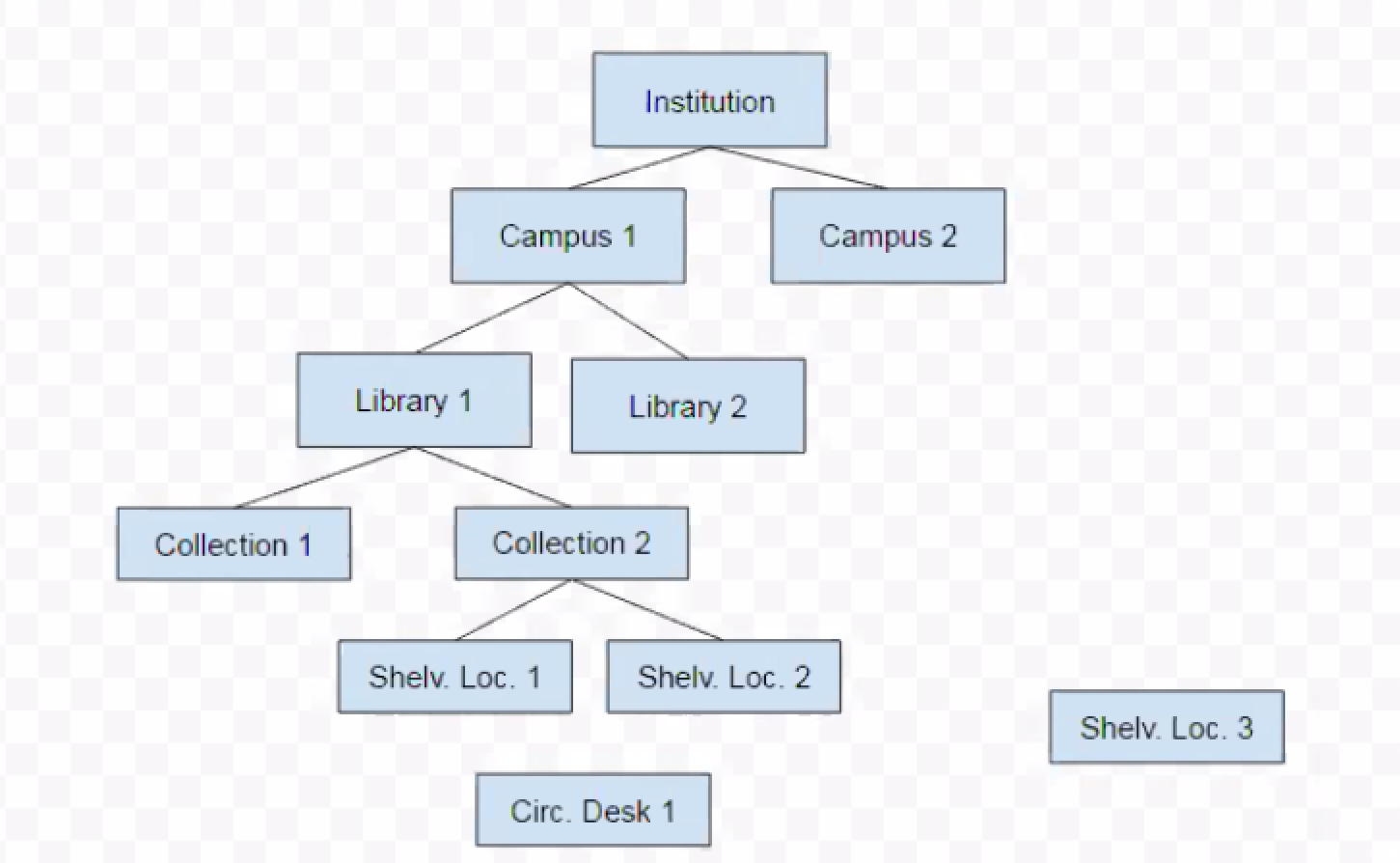 Andrea summarized that the whole purpose with the hierarchy in the location draft modelling is to control the loan rules, so they work in the largest context, and follows the need for specificity - the loan rule with the highest specificity will trump the one with less specificity.
For next time (Thursday 5/11/2017). Andrea asked all to think more about this, and Cate will do some remodeling of the location draft and we will pick up the discussion.