Use cases - Must test to validate functionality

(Taken from UXPROD-1752 - Please add others. These will be refined to more detailed workflows/use cases for testing.)

The following use cases must be tested to confirm that optimistic locking works as expected. Please select a use case and document whether the use case passes or fails.

Environment to test Optimistic Locking: https://core-platform.ci.folio.org/ (u: diku_admin / p: admin). Note that optimistic locking is only implemented for the Inventory app and so all testing should be related to an Inventory instance, holdings, and item record.

When a conflict is detected, you will see this message. 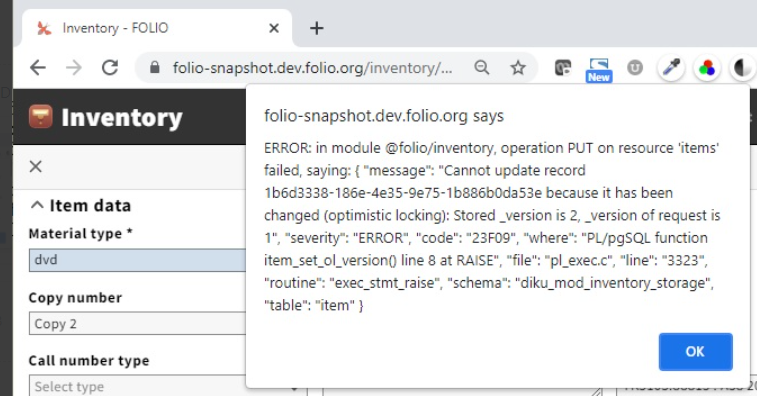 What is Optimistic Locking?

Optimistic locking is a strategy for preventing two processes or users making conflicting updates to the same record. Despite its name, optimistic locking does not actually involve a "lock" on a record, but depends on detecting a conflict at the point a user tries to save a record. It is "optimistic" in that it assumes that situations where multiple processes/users retrieve the same record, then try to save conflicting changes to that record, are rare.

This diagram illustrates how two attempts to save an update to the same starting record fails in an optimistic locking scenario. Although this is shown with "users" updating the record, it would equally apply to any process trying to update the record. 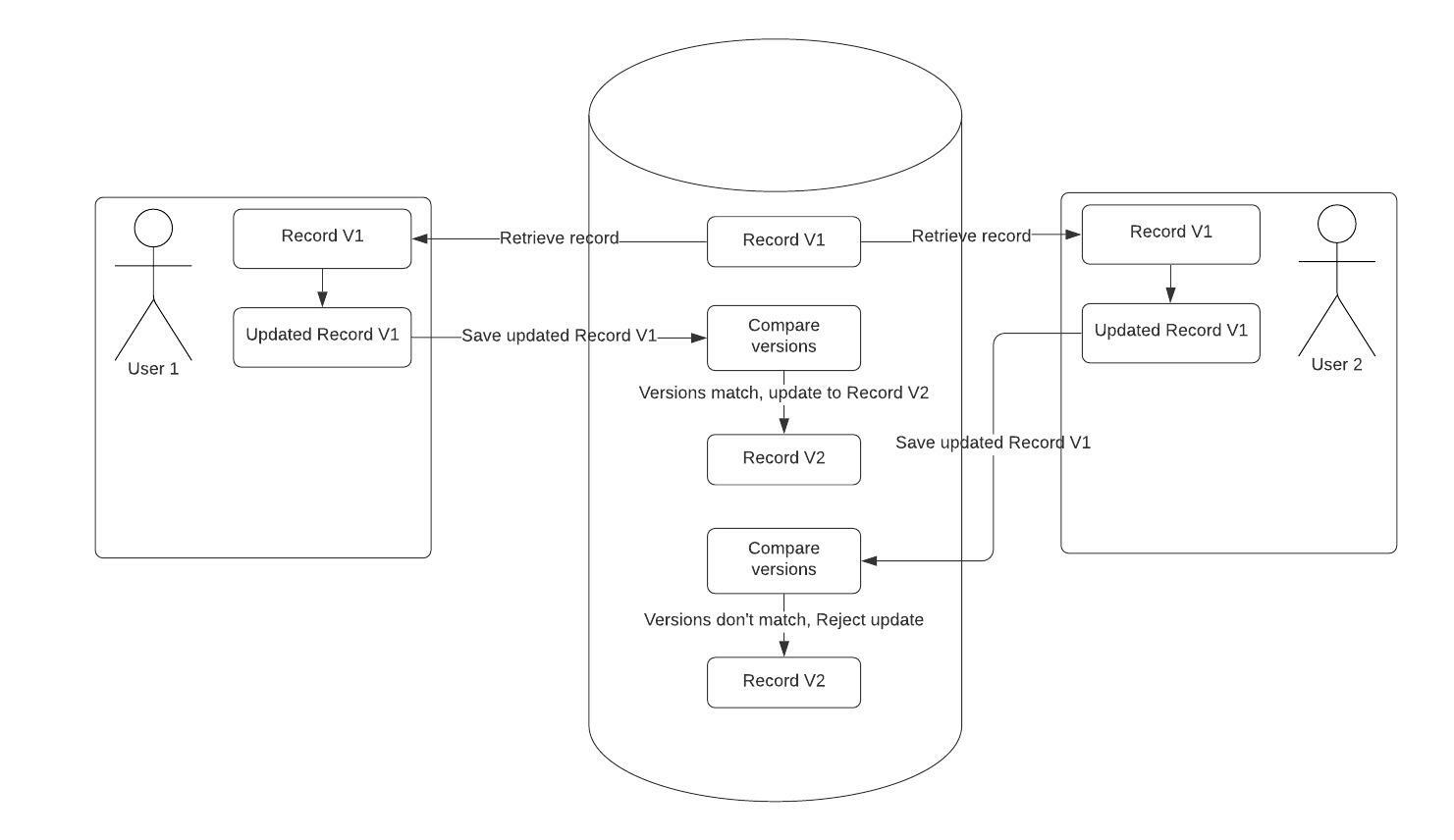 Currently in FOLIO, the retrieval of a record for viewing and the retrieval of a record for editing results in exactly the same request to the backend of the application - so when a request is made, the backend does not know whether the requester (user or process) intends to eventually make an edit or not - the backend can only return the current version of the record. It is only when the process (e.g. the user in the UI) hits "save" on a record that the backend application becomes aware that the record is being edited. This means that optimistic locking is a good fit for the FOLIO architecture.

Further descriptions of optimistic locking are available online. This Medium post on API Concurrency Control Strategies is a good introduction.